New York Times: Sealants are a deal you should accept - Apple Tree Dental

New York Times: Sealants are a deal you should accept 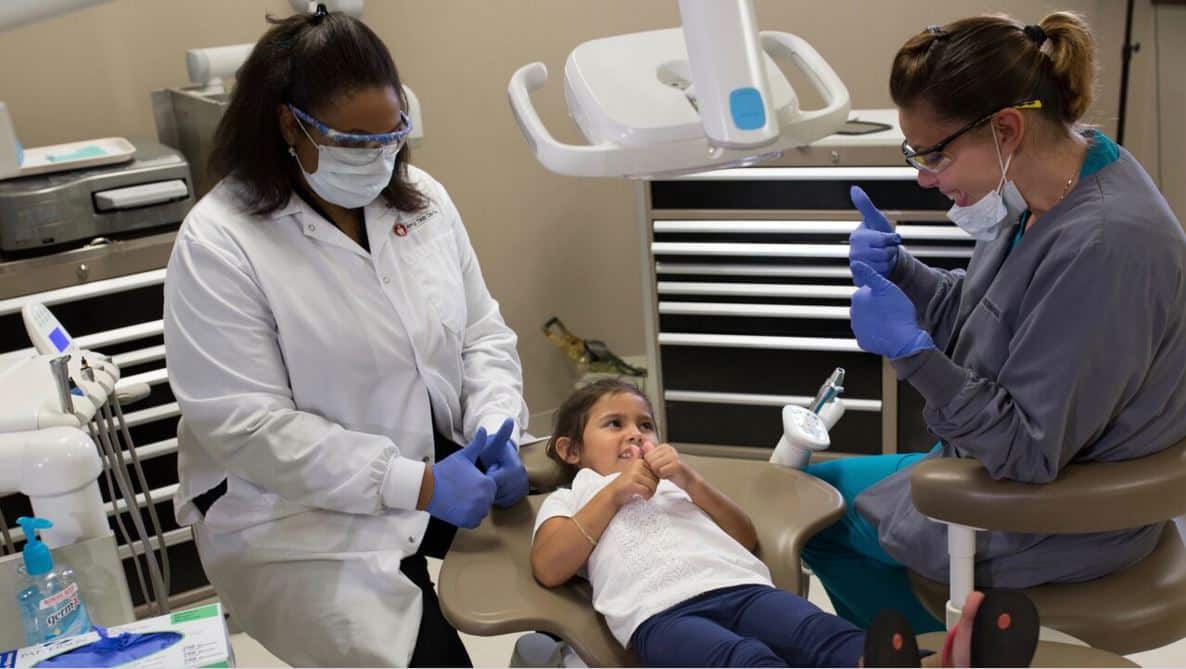 The New York Times finds that when your dentist offers sealants for your children, “it’s a deal you should accept.”

Your dentist has probably offered dental sealants for your child. Mine has. Without knowing whether they work, I’ve always accepted them. Turns out, this was a good move.

Introduced in the 1960s, dental sealants are plastic coatings applied to the surfaces of teeth. They fill in and seal pits and grooves of teeth, making them more resistant to bacteria that can cause cavities. Because molars are more cavity-prone, sealants are usually applied there. Dental sealants are most often recommended when children’s first, permanent molars come in — between ages 5 and 7 — and again when their “12-year molars” arrive — usually between ages 11 and 14. Dentists may also offer sealants for older children and for adults prone to cavities.

In 2013, The Cochrane Collaboration published a systematic review of the evidence on sealants. It assessed the results of 34 studies involving 6,529 children and adolescents. Some studies compared one sealant material to another, but 12 of the studies, with 2,575 total participants, compared outcomes of sealants versus no sealants. From these, the review concluded that sealants are effective in reducing cavities for at least four years after each application.

The Cochrane review compiled results from all such studies and concluded that sealants’ cavity-fighting abilities are considerable. The review estimated that in a population of cavity-free children with a 40 percent chance of getting a first cavity over the next two years without sealants, application of sealants would reduce the rate to just 6 percent. Another systematic review of sealant clinical trials, published in August, came to similar conclusions. And the American Dental Association encourages sealant application.

According to the Centers for Disease Control and Prevention, 21 percent of children between 6 and 11 and 58 percent of adolescents have had cavities in permanent teeth. Yet fewer than one-third of those between 6 and 8 have sealants, and fewer than half of older ones do.

Children from poorer families are less likely to receive dental treatment and sealants. To expand application of sealants, some states have initiated sealant programs through schools.

However, a report from The Pew Charitable Trusts found that 39 states and the District of Columbia lack sealant programs in more than half of schools serving high numbers of low-income students. And 10 states require examination by a dentist for sealant application even though the process can be effectively completed by a less costly hygienist. This further reduces access.

This is unfortunate, because sealants aren’t just effective, but also cost-effective. When sealant programs are introduced in schools with children at higher risk for cavities, they can be cost-saving. Though prices vary, filling a cavity can cost about $100, while sealant application costs only about $30 to $40 per tooth.

There are different types. Resin-based are the most common, but glass ionomer sealants are also widely applied. Though studies indicate that resin-based sealants last longer, clinical trials conclude that neither is more effective than the other in cavity reduction. Similarly, more recent studieshave generally not found a cavity-reducing performance difference between materials.

But some parents may be concerned that resin-based sealants contain derivatives of bisphenol A, which is thought to play a role in early-onset puberty, infertility and breast and prostate cancer.

B.P.A., as it’s known, has been detected in patients’ saliva just after sealant treatment, though none has been detected a day later and never in their blood. To date there is no evidence that sealants lead to patient harm, while there is considerable evidence of benefits. The American Dental Association, citing analysis by the Department of Health and Human Services and the Food and Drug Administration, does not believe that B.P.A. exposure from sealants poses risks to patients.

My colleague Aaron Carroll and I have recently written Upshot articles questioning the need for annual bitewing X-rays for some patients and the efficacy of other dental practices.

But when your dentist offers sealants for your children, it’s not an upsell, but a deal you should accept.